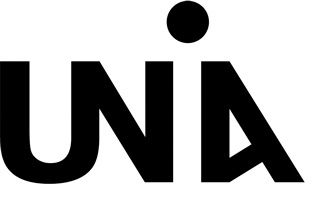 The Augsburg University is focusing its research in the Zugspitze area on the impacts of global change on a sensitive high alpine eco-system. The Institute for Geography (IGUA) and the Environment Science Center (WZU) are jointly working on the following projects:

Hydrology of the Zugspitze area

To generate a regional overview of the surface drainage network on the Zugspitzplatt substantial topographical surveying and mapping of the karst formations and the fissure net were carried out. Due to intensive karst formation on the surface, only short intermittent streams can be observed, most of which drain into sinkholes and dolinas after a surface flow distance of less than 100 meters, even during heavy rainfall or intensive snowmelt periods. The bedrock (Wetterstein limestone) is to an extent extremely perforated by dissolution processes so that even during intense rain the effective draining of the surface water into the karstified bedrock is guaranteed.

Daily extreme values of air temperature have been measured for a long time by conventional instruments: a mercury thermometer for daily maximum temperatures and an alcohol thermometer for daily minimum temperatures. Since the 1990s, these thermometers have been replaced by electronic instruments thereby generating sources for inhomogeneities in long-term data time series. Comparative studies based on data from lowland stations have indicated that considerable differences in daily extreme temperature values may occur between historical and modern measurement techniques. Such differences are even more important in high-mountain areas that are affected more severely by recent climate change. Therefore, since the summer of 2010, comparative measurements of daily maximum and minimum temperatures are carried out with different measuring sensors at the Environmental Research Station Schneefernerhaus to quantify inhomogeneities in long-term data time series.

The high-alpine region around the Zugspitze represents an ecosystem highly sensitive to climate variability and change. This this region is suitable to serve as an indicator for climate change. Variations in climate characteristics are a crucial factor with regard to issues of environmental protection and anthropogenic utilization of resources in this region. The investigation of potential future developments and related negative impacts thus inheres particular importance. A long-range project that has been initiated in order to optimize downscaling techniques is intended to transfer climate change signals from large-scale circulation data to the regional and local scales.

Ecological analysis of the subalpine to subnival vegetation belts

The project HöhenZug “Ecological analysis of the subalpine to subnival vegetation belts on the Zugspitzplatt (Wetterstein Mountains, Bavaria)” is part of the collaborative project “Consequences of climate change in the Alps – analysis by altitudinal gradients (KLIMAGRAD)“ and is funded by the Bavarian State Ministry of the Environment and Public Health over a period of three years, since October 2009.
The goal of the project is to analzyse the impacts of climatic change and anthropogenic influences on the vegetation of the Zugspitzplatt. With an extensive mapping project that began in 2009, the installation of permanent sample plots, ecological studies at preselected sites, and a comparison with historical mappings and photographs, a long-term monitoring of the vegetation dynamics on the Zupspitzplatt including the treeline formed by prostrate pine has been started.