Station Zugspitze/Hohenpeissenberg records data representative for central Europe. The next GAW Global Stations are: Jungfraujoch in the Swiss Alps to the south-west, Mace Head to the north-west to the west coast of Ireland, in the north in Sodankylä, in Finland at the polar circle, in the south-east on Mount Sonnblick in the Austrian Alps and in the south at Monte Cimone in Italy.

The GAW Global Station Zugspitze/Hohenpeißenberg cooperates with the Hohen Sonnblick in Austria (3100 m. a.s.l.) and at Jungfraujoch (3580 m. a.s.l.) in Switzerland through the DACH German-Austrian-Swiss working program for the joint evaluation of regionally and globally relevant time series and the detection and analysis of atmospheric changes in this region.

Measurements of the Environment Agency at platform Zugspitze

The measurement program of the Environment Agency at platform Zugspitze contains radiative forcing gases, chemical reactive trace substances and aerosols. The following table gives an overview of the measured components:

Fine and ultra-fine aerosols, size spectra of the number concentrations of aerosols from 10-800nm, without and after treatment by thermodenuder at 300°C, PM10 , measured with beta absorption, PM10 mass, black carbon, number concentration, condensation nuclei, and forward and backward scattering coefficients of atmospheric aerosols at blue, green and red wavelengths. 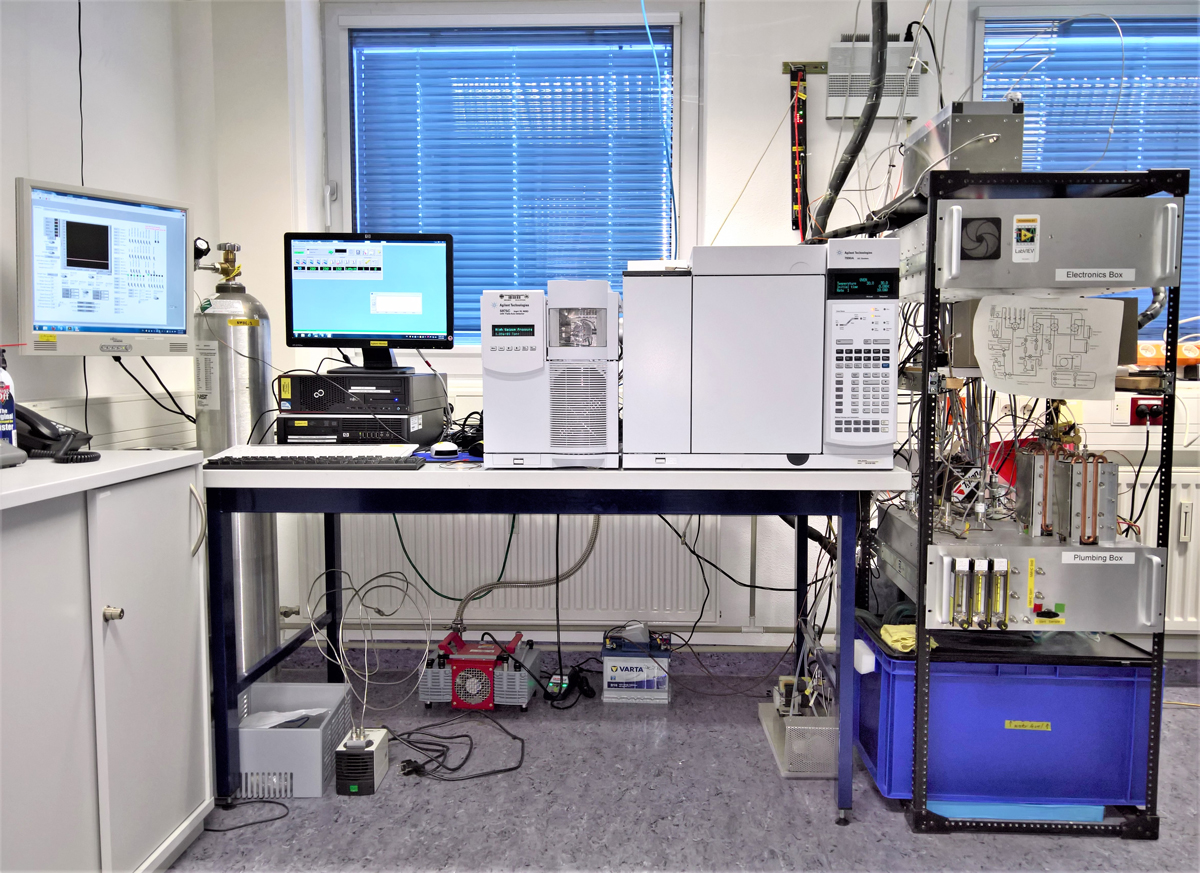