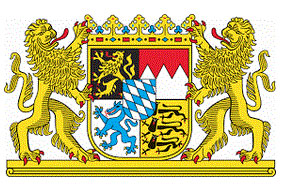 The Alps represent a unique natural area with high biodiversity. At the same time, the Alps are a barrier to air currents that contain globally distributed, persistent pollutants. For this reason, the Bavarian Environment Agency monitors the ambient air concentrations of persistent pollutants and their inputs into ecosystems via precipitation and dust (deposition).

Together with the cooperating partner Environment Agency Austria, which conducts measurements in parallel at the Sonnblick observatory in the Central Alps, a sequence of projects starting with MONARPOP in 2005 have contributed to the efficiency control of international regulations on persistent pollutants (Stockholm Convention). The resulting measurement data are worldwide, unique for mountains in the midlatitudes, and help to assess the risk that is given by persistent chemicals for alpine ecosystems.
Pollutants in focus during the current project-phase “PureAlps” are: 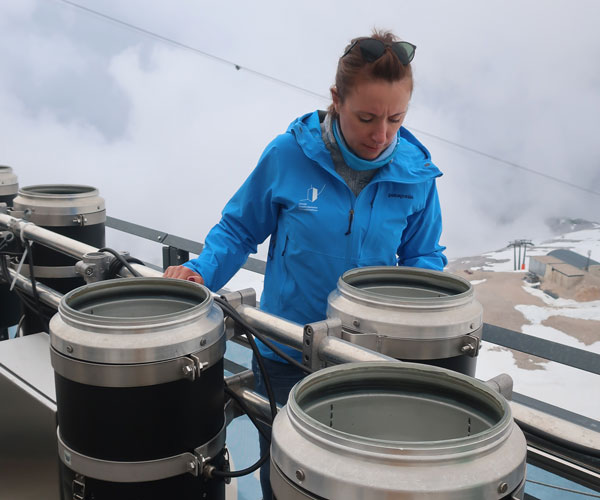 All types of persistent pollutants can be detected at the Schneefernerhaus observatory, coming from Europe and all over the world.
The series of measurements prove that the actual level of contamination can be regarded as low. But the results clearly indicate that alpine regions are a sink for persistent pollutants and therefore accumulate critical pollutants in the long term. This is due to the large annual amounts of snow and rain and the low temperatures that increase condensation of the pollutants.
---> Further information

protectAlps is an interreg project that deals with the influence of chemical stressors on insects in the alpine region. The project runs for three years (2018 - 2021). Project partners of the LfU and the UFS are the University Innsbruck and the Sonnblick Observatory in Salzburg.

More information about the project: --> protectAlps 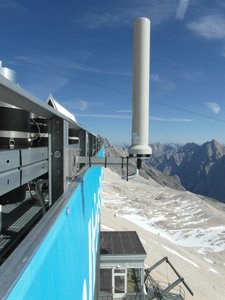 The Bavarian Environment Agency is operating a fully automated network of stations to monitor radiation. This network includes 32 stations throughout Bavaria equipped with instruments for the detection of radioactivity in the air. The results of the measurements are sent to the control center in Augsburg for evaluation. The primary purpose of IfR is the early detection of a radioactivity release into the environment.

Measurements at higher altitudes are especially important in the event of a release in high air layers outside of Germany. The station at the Schneefernerhaus is equipped with a variety of measuring instruments: 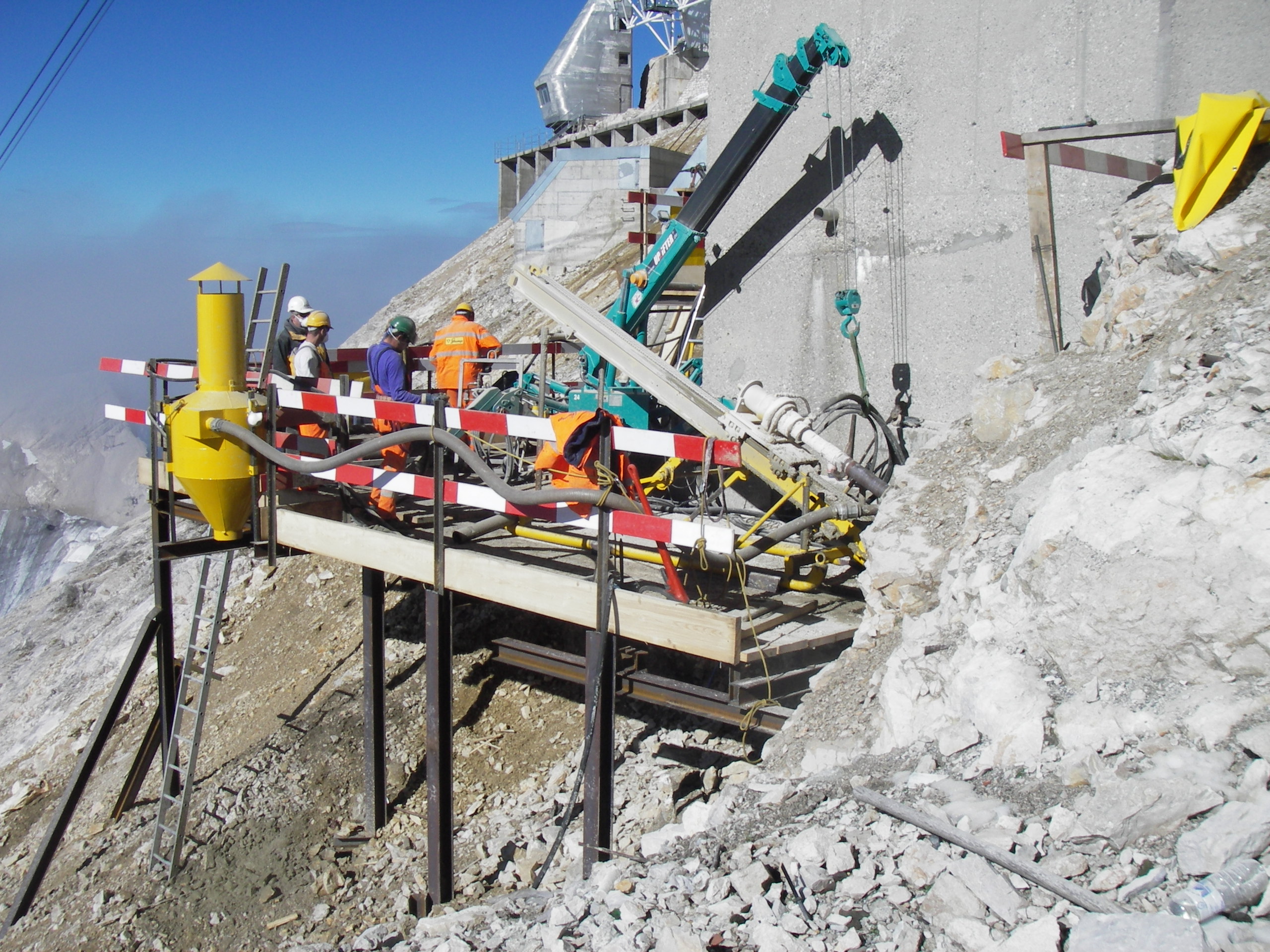 Permafrost is found in higher altitudes of the Alps - in north facing exposures above about 2200 m- where the temperature of soil and rock stays permanently below 0°C. A thawing of the permafrost due to climatic change can be expected in the medium to long term. In Bavaria mostly hard rocks are concerned. As a consequence, an increase of rock falls and land subsidence can be expected. In unconsolidated rocks more mudflows could be triggered.

Owing to the lower mountain altitudes, permafrost can only be expected locally in the Bavarian Alps. At the Zugspitze, permafrost was first discovered at construction sites in the 1960's. Further occurrences of permafrost can be expected in the surroundings of the Zugspitze, in the Allgäu area and at the Watzmann. The probability of permafrost occurrence in Bavaria was modeled by Zürich University in the EU-project PermaNet. The corresponding maps are accessible in the UmweltAtlas Bayern.

In 2007, the Bavarian Environment Agency (LfU) built a permanent measuring station for the observation of temperatures in the permafrost at Zugspitze peak, which was financed by the Bavarian State Ministry of the Environment and Consumer Protection (Bayerisches Staatsministerium für Umwelt und Verbraucherschutz - StMUV).

Temperature sensors are installed in the boreholes and measured temperatures are recorded hourly. The site offers ideal conditions: good accessibility by the Zugspitze railway (Bayerische Zugspitzbahn), the meteorological station of German weather service on site, and the Environmental Research Station (UFS) with a tunnel in the ridge of the Zugspitze mountain, where permafrost can also be found.

The main purpose of the measuring station is the registration and documentation of changes in the permafrost occurrence at the Zugspitze peak.

The results can also be transferred to other permafrost occurrences of thein Bavarian Alps. After a measurement period of about 10 years, a slight trend towards a decrease of the permafrost can be seen. A numerical computer model was calibrated with the measured data and used for calculations of the development of permafrost during the past hundred years. Additionally, a projection of a possible scenario for the further development of the permafrost until the end of the century was performed. The model calculations predict a disappearance of permafrost in the measuring station by the year 2080.

Every year hundreds of earthquakes are occurring within Bavaria. Some of them are strong enough to be felt by the population. To inform the public quickly about all perceptible earthquakes, the Bavarian Seismic Network is run as a joint initiative of the Department for Earth and Environmental Sciences of the Ludwig-Maximilians Universität (LMU), Munich and the Bavarian Environment Agency (LfU).

The Bavarian Seismic Network uses 24 stations to continuously monitoring the seismic activity in Bavaria and informs the public in case of an earthquake. The seismic station ZUGS, which is installed in a gallery of the Schneefernerhaus is an excellent example of the synergy of surveillance and science. The seismic station improves the capabilities for monitoring seismically active areas in the Inn valley/Ester mountain region. Furthermore, it serves as "natural" laboratory for studying seismic wave propagation in areas with steep topography, which in turn can lead to enhanced damage patterns.