The Environmental Research Station Schneefernerhaus (UFS) was established in 1999 and is Germany’s highest research station at 2652 meters, just below the summit of Zugspitze.

Researchers from many different institutions are here conducting ongoing measurements or are working on innovative studies.

The Schneefernerhaus is not only a research center, but also offers the possibility to host workshops or seminars with a scientific focus or within the context of sustainable education.

In addition to the ten members of the consortium, who have permanently rented labs, there is also the possibility for all interested every interested scientist to apply with a research project to the UFS Science Team, and to use the facilities at the Schneefernerhaus after approval.

The station can be reached by a cable car via Zugspitzplatt. The cable car is run by the team of the UFS GmbH and can transport eight people at once (see Arrival and Departure).

Since 2007 the team of the UFS GmbH is responsible for the maintenance of the station.

Since 2007, the team of the UFS GmbH is responsible for the maintenance of the station, acting as a service partner for the researchers. The technical personnel play a very important role through their understanding of working under the harsh alpine conditions and their knowledge of how to support and motivate scientists who conduct their research at the station. Additional tasks include the management of the conference rooms, the overnight facilities, and safety issues pertaining to this very exposed location.

Furthermore, it is possible to book a guided tour in the Schneefernerhaus and to conduct workshops or seminars in our facility. Researchers also have the possibility to stay overnight at the station. 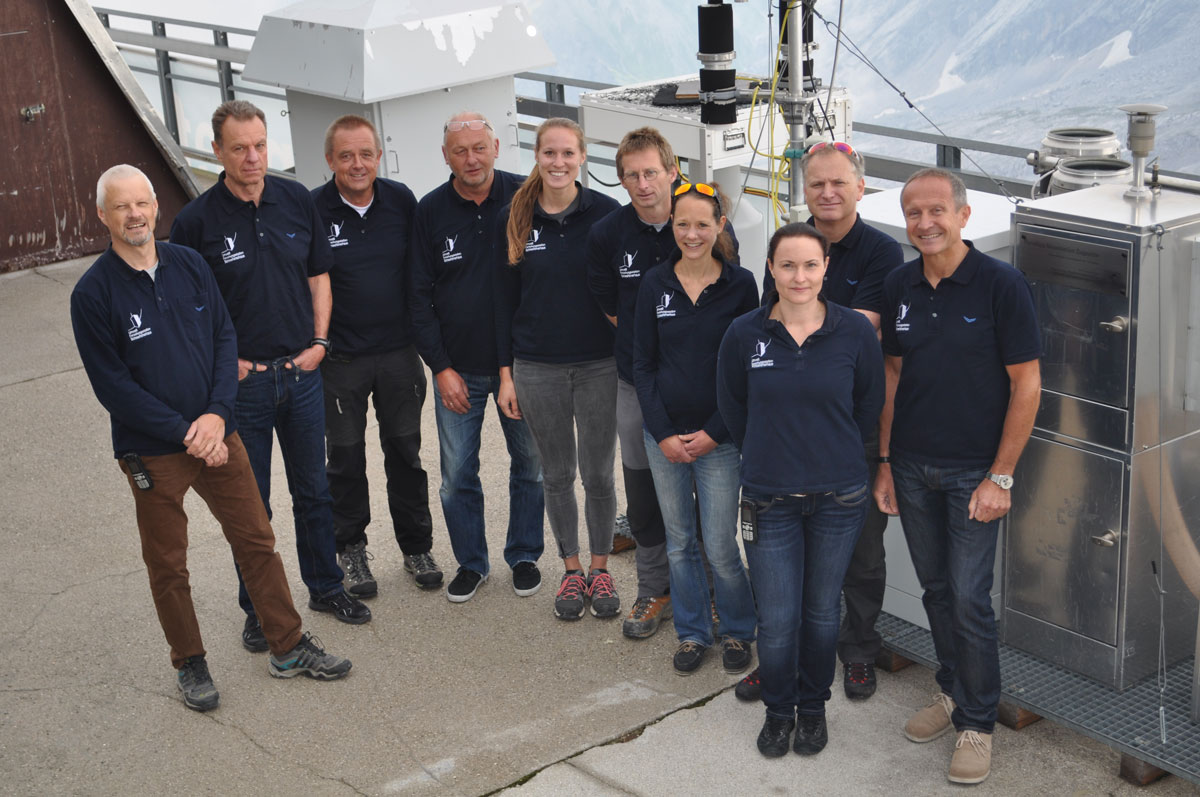 Team of the UFS GmbH

On July 1, 2020, Peter Marton became the Executive Director of the Environmental Research Station Schneefernerhaus GmbH. During the day, he and his team are permanently running the station at the Schneefernerhaus. Their main tasks are to maintain the infrastructure of the station, to take care of visitors, and to support the researchers.

In recent years, the BG UFS GmbH has started, in cooperation with its scientific partners, investigative projects with the aim of broadening the facilities and opportunities for their researchers.

At the head office (bifa Umweltinstitut) in Augsburg, three more employees, including the authorized officer, are responsible for accounting and human resources.

The shareholders of the UFS GmbH are the borough and the county of Garmisch-Partenkirchen, the borough of Grainau and the State of Bavaria. The shareholder obligations of the State of Bavaria are borne by both the Bavarian Ministry of Finance and the Bavarian Environment and Health Ministry. For more information please look at our corporate information page.